By Thomas Burrows for MailOnline

David Bowie's final album cover is still keeping fans guessing a year after his death - as the designer confirmed the five stars at the bottom were meant to read 'Bowie'.

'Blackstar', a haunting collection of seven songs that went to number one in charts around the world, topped numerous critics' lists for the best albums of 2016.

As fans continue to speculate about the Blackstar cover, designer Jonathan Barnbrook revealed the cover was filled with secret features that even Bowie was unaware of. 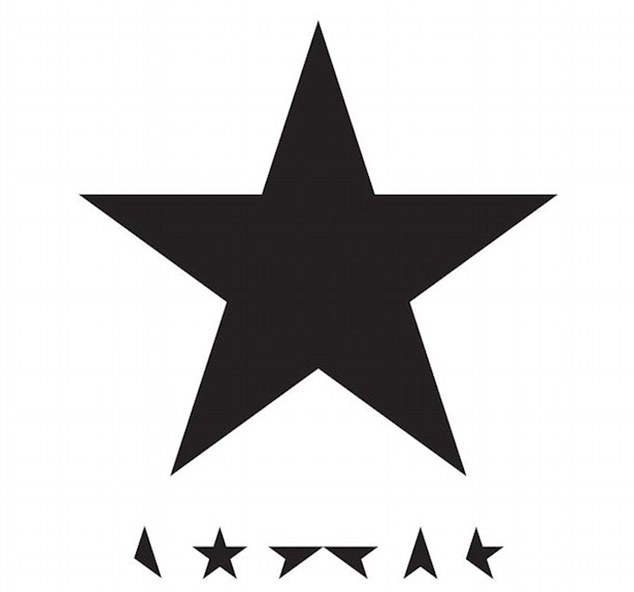 Jonathan Barnbrook, the designer of album cover Blackstar, confirmed speculation by fans that the five stars at the bottom were meant to read 'Bowie' 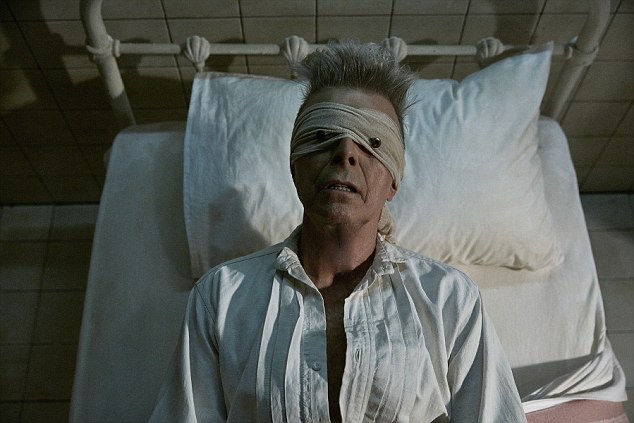 In an interview with NME, he said: 'There are certain things about the cover which haven't been discovered. Often people still don't know that it says "Bowie" in stars at the bottom.

'There is something else which I may reveal in future, I may not. The thing is, it's not a competition. There are lot of things going on that aren't completely at the surface.'

One fan discovered that exposing the Blackstar artwork to sunlight created an image of stars in the sky. 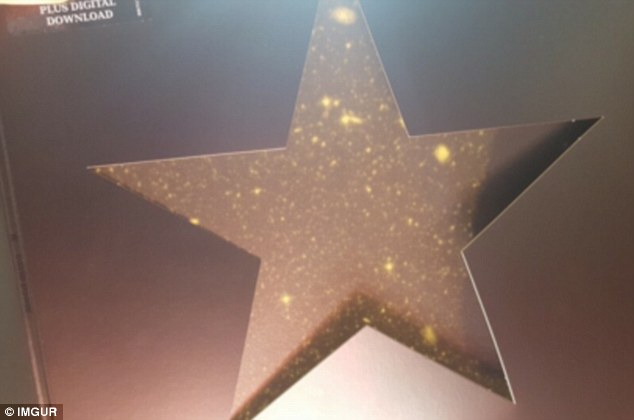 Another found that placing the album cover under a UV black light saw it glow a luminous blue. 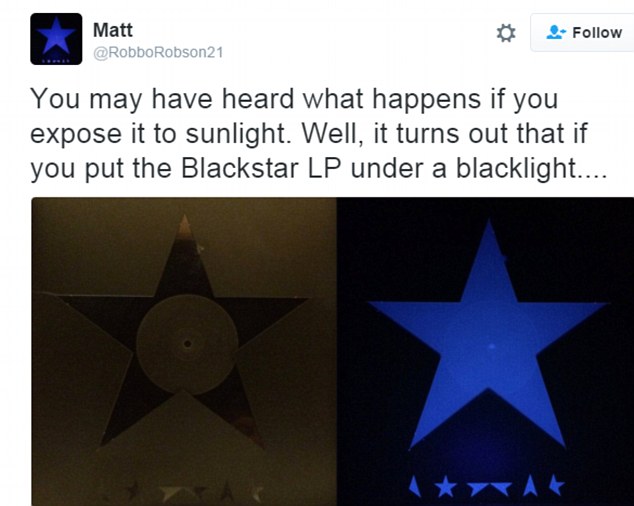 Elsewhere, fan John Clarkson found the rough outline of a person in the star field image inside the album cover.

He said: 'Since Bowie has a history as a "starman", it makes sense.' 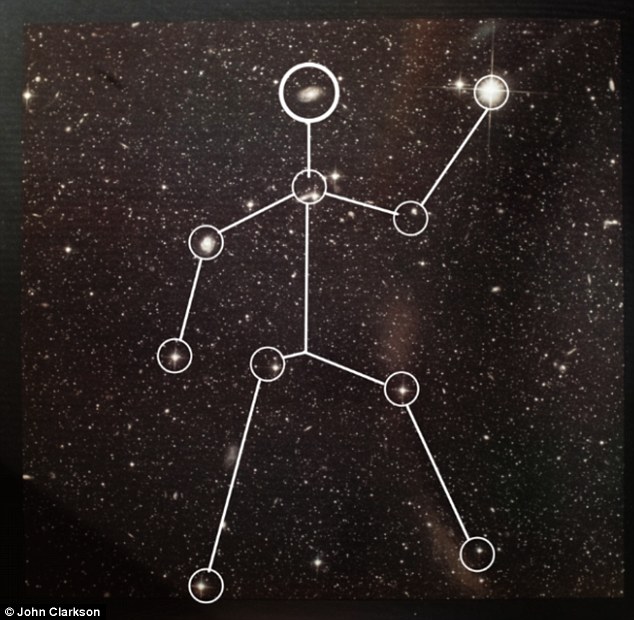 Another claimed that exposing the packaging to sunlight showed a bird in flight on one side, and the image of a space ship on the other. 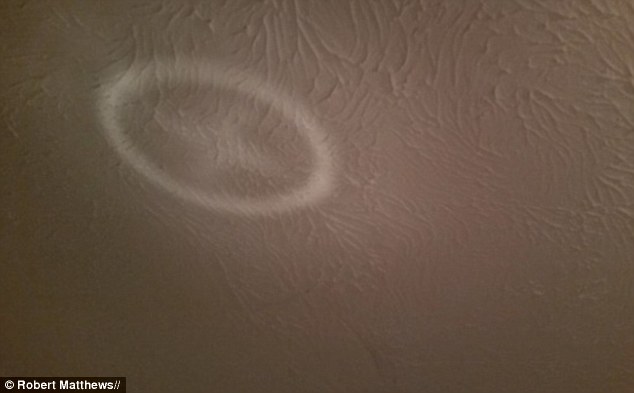 Others noted the font on the back is 'Terminal' - which may refer to the themes of loss and despair in the album released only two days before his death.

In a previous interview with the Guardian, Mr Barnbrook, who designed all Bowie's album covers since Heathen in 2002, said: 'The Blackstar symbol, [★], rather than writing 'Blackstar', has a sort of finality, a darkness, a simplicity, which is a representation of the music.

'It's subsided a bit now, but a lot of people said it was a bullshit cover when it came out, that it took five minutes to design. But I think there is a misunderstanding about the simplicity.

'The idea of mortality is in there, and of course the idea of a black hole sucking in everything, the Big Bang, the start of the universe, if there is an end of the universe. These are things that relate to mortality.' 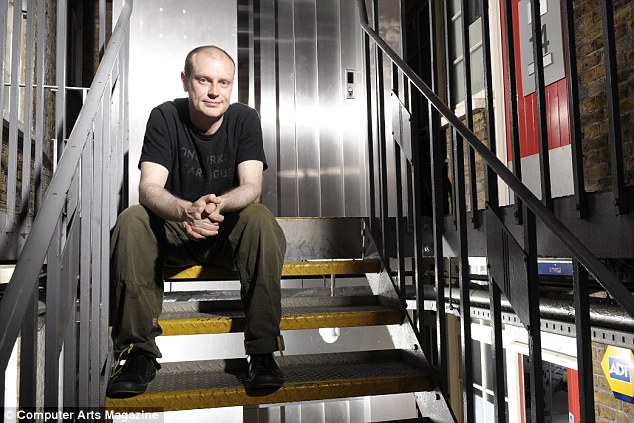 As fans continue to speculate about the Blackstar cover, designer Jonathan Barnbrook (pictured) revealed the cover was filled with secret features that even Bowie was unaware of

He also revealed how Bowie wanted to keep the draft process secret and had ticked him off for showing fans his early efforts for the cover on The Next Day.

He said: 'I think that's a very important lesson I learnt. If the end product isn't an immaculate, finished thing, then you change the meaning - that's why for Blackstar I haven't shared everything. I haven't shared the roughs. Maybe in the future.'

Mr Barnbrook also said the late singer was 'quite nervous' about him hearing the album and was 'still worried about his artistic output' despite being a global superstar.

In the NME interview he recalled a discussion with Bowie about whether he would go on tour with his new material.

He said: 'The first thing he said, which was ridiculous was "I'm not much of a performer you know?"

'I said "I beg to differ David! But this album is quite intimate - you could do a few small shows'. Then he said "oh maybe I could."

The musical icon died after a battle with cancer on January 10 2016, just two days after he celebrated his 69th birthday and released 'Blackstar'.

His final album offered a glimpse into his private battle with cancer, with songs such as Lazarus relating to his own impending death.

Bowie's last album was his 27th after a decades-long career that had a dramatic impact on the music industry, the fashion industry, and art world.

The comments below have not been moderated.

The views expressed in the contents above are those of our users and do not necessarily reflect the views of MailOnline.

We are no longer accepting comments on this article.

From the Makers of Candy Crush

Part of the Daily Mail, The Mail on Sunday & Metro Media Group